The launch of the "Mind blowing" SIMPLified2

This week sees much excitement in the Ultamation office with the launch of our new application, SIMPLified 2, which is the culmination of a 12 months of work.  In a nutshell, it is a tool to analyse your SIMPL Windows programs for common issues.  Through add-on entitlements, which can be purchased, you can open up a whole toolkit of useful functions enabling you to create more efficient, reliable, cleaner and maintainable programs.  We started releasing information on it last week and the initial feedback from one Chief Technical Officer with over 20 year industry experience was "Mind blown - This looks absolutely game-changing!". 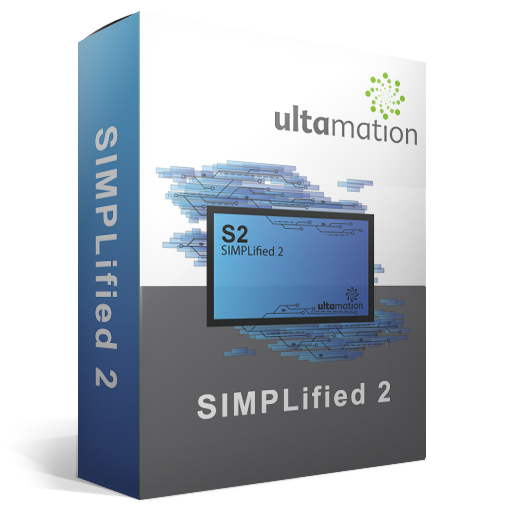 SIMPL (sometimes with, sometimes without the Windows suffix) has been the cornerstone of Crestron programming for over a decade, and while it is certainly mature in a fast moving, technological world, it still represents the finest mechanism for programming control systems for a large majority of Crestron professionals.  There are newer, more sophisticated, tools for developing Crestron programs and many traditional developers have made the transition to the new environments and, at the other end of the scale, there are new iterations of the “automatic” programming tools that promise the possibility of developing complex systems without the need for a programmer at all – however – we believe that SIMPL continues to occupy the optimal position between technical complexity and expressiveness for most practical applications. The beauty of Crestron is in its flexibility and, sadly, automated/templated solutions often stifle that flexibility, while programs built entirely within the .NET environment must balance ultimate power with a significantly heavier cost of ownership/maintenance

SIMPL’s flexibility comes at a cost however. It is easy to develop programs that are difficult to maintain in many different ways, from inconsistent naming conventions and convoluted logic, to swamped warnings and unrecognised slips. At best, some programs are simply hard to follow and at worst, there can simply be functional bugs that defy detection – usually leading to yet more convoluted logic which does more to hide the issue than resolve the underlying problem. If you have had cause to maintain code from another dealer, you may well sympathise with the comments above, and this was our motivation behind the development of SIMPLified 2. SIMPLified was an internal project that proved the concept that would later become SIMPLified 2 – a complementary tool to SIMPL, specifically targeted towards programmers that want to develop clean, efficient, reliable, maintainable SIMPL programs.  From that proof of concept, SIMPLified 2 has become a rapidly expanding set of analytical and refactoring tools that can quickly identify potential issues in a SIMPL program or module, outside of the standard SIMPL workflow which generally requires a time-consuming compile step before even the most obvious issues are exposed.  If all of your programs are perfect, then SIMPLified 2 isn’t going to give you anything useful, but for the rest of us fallible programmers, we hope you find the insights that SIMPLified 2 can provide an invaluable tool that will both save you time in diagnosing issues, and ultimately allow you to produce better Crestron systems.  We have a growing list of feature ideas for SIMPLified 2 that we’ll continue to implement and we welcome ideas from fellow Crestron programmers – writing better software is in everyone’s interest.

SIMPLified 2 is a free application with limited functionality. To realise the full potential, a number of “entitlements” can be purchased on an annual subscription. While the free version is still useful in terms of mirroring some of the metrics that SIMPL Windows already provides, it’s these additional entitlements that unlock the power of the full application. Each entitlement covers functionality related to a specific task. As a feature is added to SIMPLified 2, it will be included under one of the entitlements and any with a valid entitlement will automatically benefit from the feature.