In what is already proving to be a very good year for Ultamation, we're delighted to welcome another new member to the team ... introducing Joel Kellam as our latest Control Systems Engineer.

After completing his Computer Science degree at Cardiff University, Joel moved up to Liverpool to further pursue his studies and began working as a Building Control Systems Engineer.  This led him down the path of control systems and as he developed his knowledge in the industry he became aware of us at Ultamation.  The timing was perfect and he was able to commence working for us this week. 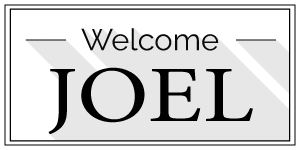 Having previous experience with other control systems, Joel will be getting up to speed with Crestron (so look out for him on training) and joining our team of certified Crestron programmers.

Good luck Joel, it's great to have you as part of the team!