Celebrating ten years in the business

This months signifies ten years since Ultamation was founded.

In 2007 few people had heard about Home Automation and the iPhone had only just been launched.  According to Forbes (2007) "As both digital television and cellular phones converge with the infinite content of the Internet, new forms of content navigation and device management become necessary. In the living room, remote controls are swiftly approaching an unmanageable array of buttons for various devices and on-screen menus so extensive that it can take an hour to get from channel 1 to channel 1001." 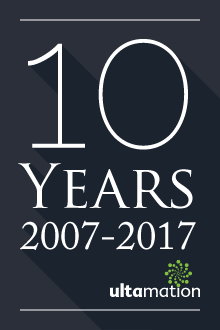 What a difference ten years makes; 81% of adults in the UK now own a Smart Phone* and with the likes of Apple HomeKit, Amazon Echo and Google Home, automating devices to make your life easier are becoming more accessible.  After all these years of experience, our preference still lies with Crestron as being the ultimate in controlling your environment whether it be home or away.

We are proud to say the last decade has seen Ultamation win numerous awards and we have many happy, satisfied customers who return for more, newer, higher specified kit and recommend us to friends and colleagues. Thank you and here's to the next ten years!

* according to Global Mobile Consumer Survey 2016